On the morning of our excursion, we met in Diversions (one of the clubs).  It was just a small group of 15 people on our tour (made up by three families). We checked in for the tour and then headed out onto the dock where we boarded a small shuttle bus to the helipad.  The pad was literally just a hop skip and a jump away and as the crow flies we probably could have walked it in less than a few minutes.  We could already see helicopters landing and taking before we ever boarded the shuttle.

Once at the helipad, we had a safety briefing and we donned on protective vests and spiked boots for the hike. Soon, we were waiting for our helicopter to arrive and it was an awesome sight when 5 helicopters all came flying in at once (there were other tour attendees from other cruise line ships besides ours going on the tour at the same time). We also had to stow all of our personal belongings at the helipad as nothing loose was permitted on the helicopter (we were only allowed cameras). I had hoped to bring a water bottle to fill up with glacial water, but alas not allowed. 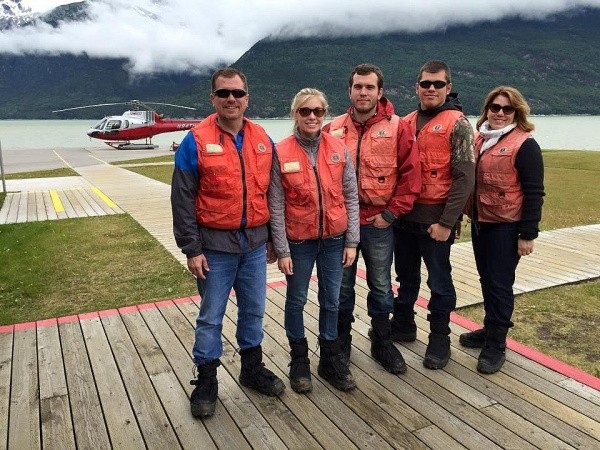 We boarded our helicopter with my wife and daughter getting lucky with front seats and my sons and I in the back (I got the middle as they seat you according to weight – when I told the girl that I weighed only 135 pounds she actually believed me and I had to correct her!).

Off we went! The takeoff in the helicopter was smooth and the views were stunning from 1500 feet above. It was about 15 minute flight until the glacier appeared. We saw a few bald eagles on the way which was a treat. Landing on the glacier was smooth and once all 5 helicopters had dropped off their passengers and reloaded with the outgoing tour group we were met by our guide Erick, who was outstanding and incredibly knowledgable. Erick gave us more safety instructions and told us all about the glacier including informing us about the mulans (think Disney princess), which are the giant holes formed on the glacier. 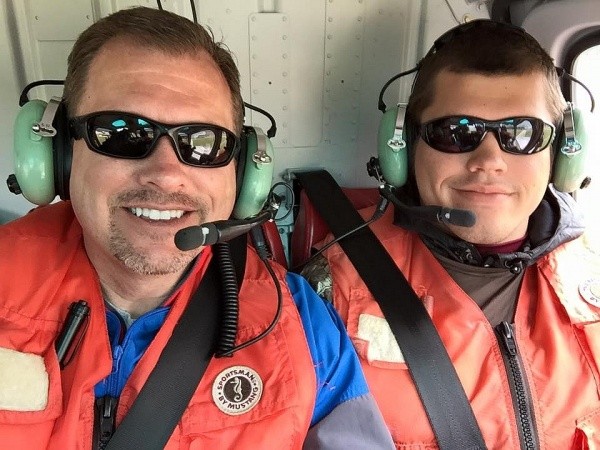 The glacier is “living and breathing” and constantly moving with water traveling in crevices below. These enormous holes open up, some nearly 800 feet deep. Erick threw a few giant rocks into some of the mulans and it was actually a little scary to hear how long the sound of the rock bouncing off the walls of the mulan lasted! 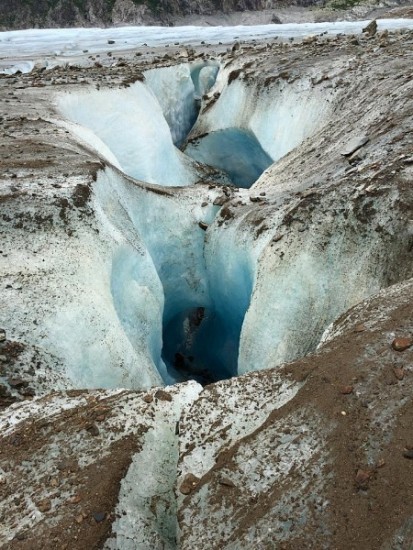 We used guide poles to walk about the glacier on our hike, but you really didn’t need them. It’s a bit slippery and the terrain is somewhat rugged, but I was surprised at just how easy it was to walk – at least on the surface we were on. The glacier does hug the walls of the mountains as well and I would suspect its much more rugged to climb. 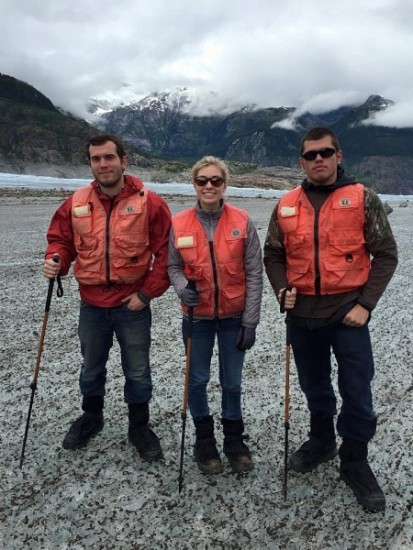 We came to a stream which led into a mulan where a beautiful waterfall was falling. We were able to drink from the stream by cupping our hands into it, and let me tell you it’s the coldest water I’ve ever felt. It also was so clean and crisp to the taste. This is where I missed having the water bottle!

We continued our hike, leaning more about how the glacier moves and the impact, but the 40 minute tour passed quickly and the helicopters were soon arriving to take us back to Skagway. We learned it was 45 degrees and even though we were cold I could have stayed longer.

The helicopter flight back to Skagway was just as breathtaking as the ride out. Coming into Skagway was especially neat as you could see the city (really, it is a town as it is so small and solely relies on tourism) as well as the cruise ships.

This tour by far is a bucket list experience for my family. If you’re sailing to Alaska on the Disney Wonder this is one experience you will not want to miss! 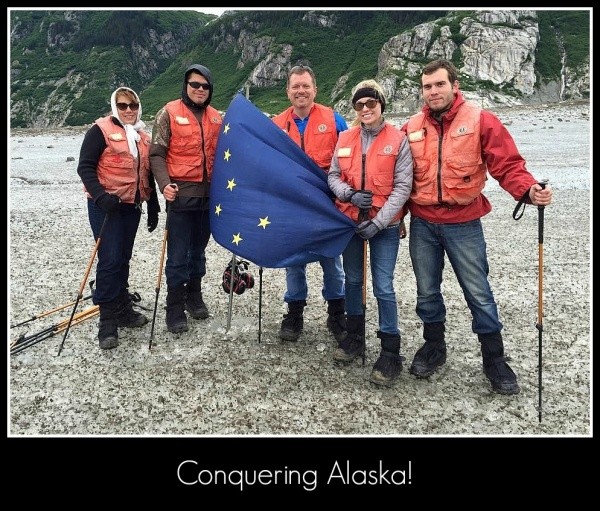 One Reply to “Hiking the glaciers in Skagway, Alaska on the Disney Wonder”