Make Magical Memories at Pirate’s League!  This is a wonderful alternative to the ever popular Bibbidi Bobbidi Boutique.  My best friend and I took her daughter to WDW for her 8th birthday.  Pirates League turned out to be a highlight of the trip!   Cailyn wanted to dress up as a Mermaid Princess before lunch at Cinderellas Royal Table.   Magic Kingdom is all about Fantasy and Magic, so why not!? 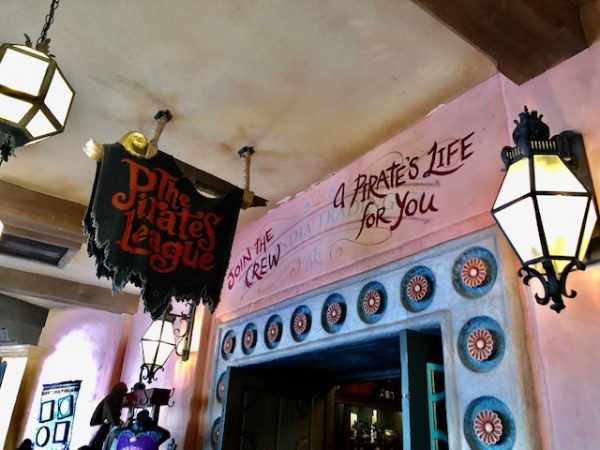 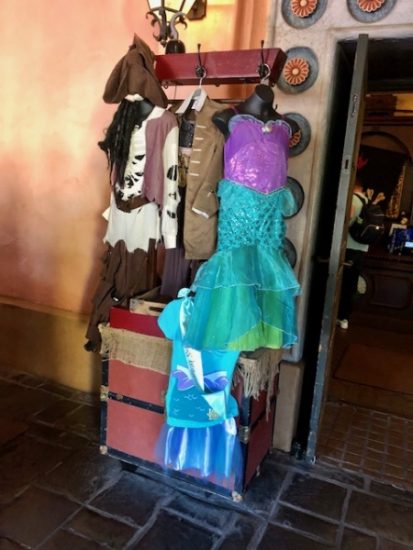 At Pirates League, your little one can get dressed up as a Pirate, a Mermaid or an Empress!  As a Pirate; choose from a Zombie Pirate, Captain Hook, Black Eyed Jack, and more! 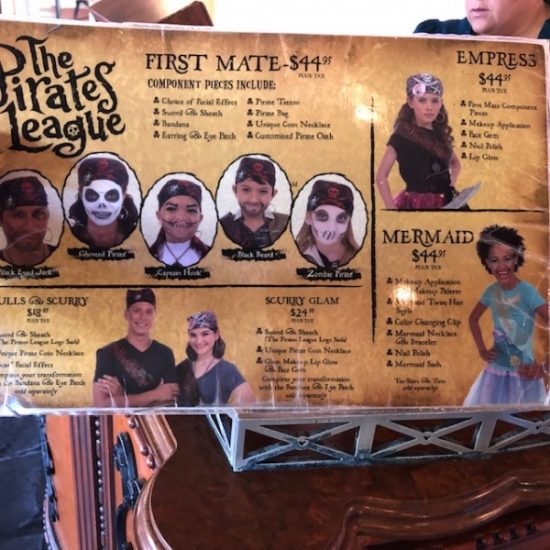 I booked a morning appointment.  We checked in and only waited about 5 minutes.   Upon entering the room, I was pretty sure we made the right decision.  The room is completely Pirate themed; as you can expect nothing less from Disney!  We were introduced to our Pirate, who was a man dressed in full Pirate gear!

Keeping with the theme, our Pirate spoke like a Pirate, yet he was so conscious of Cailyn being a little shy at first.  He made so many jokes, and made her feel so comfortable.  Within minutes she was all smiles and laughing, a lot!  Magical Memories at Pirates League were in full swing! 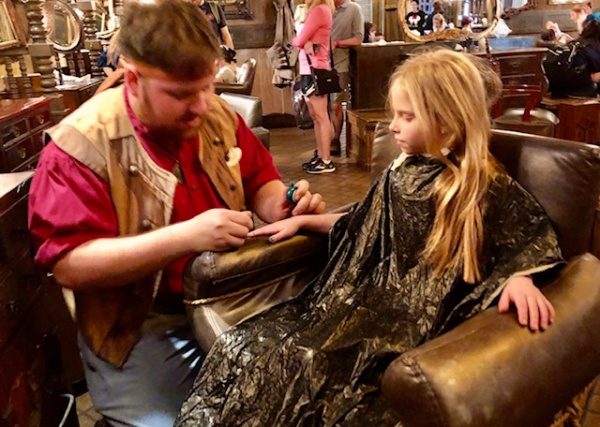 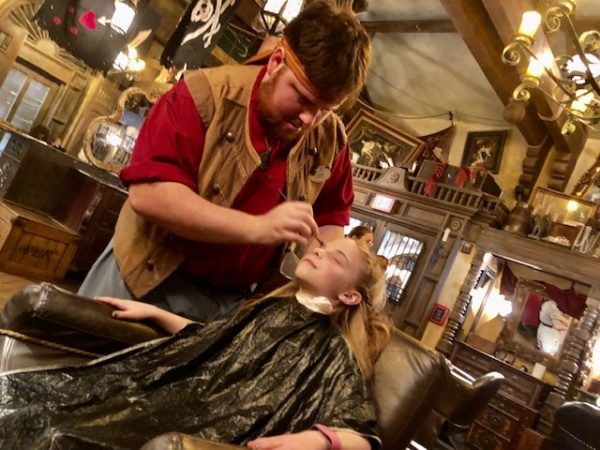 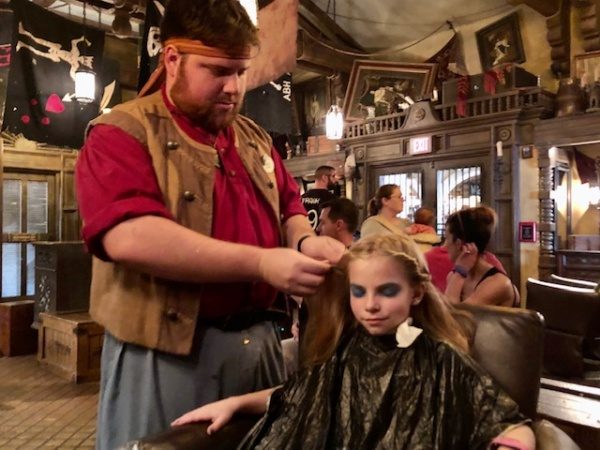 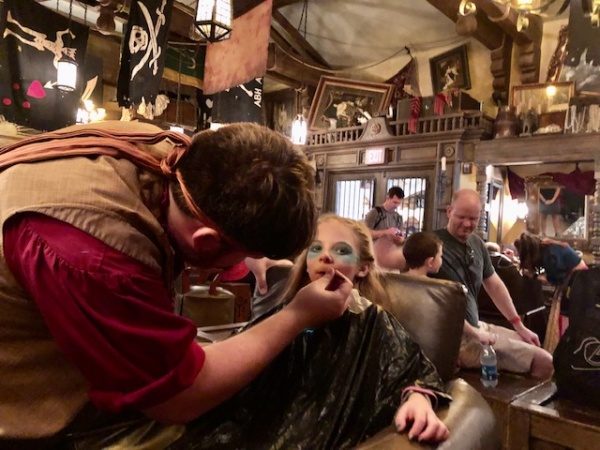 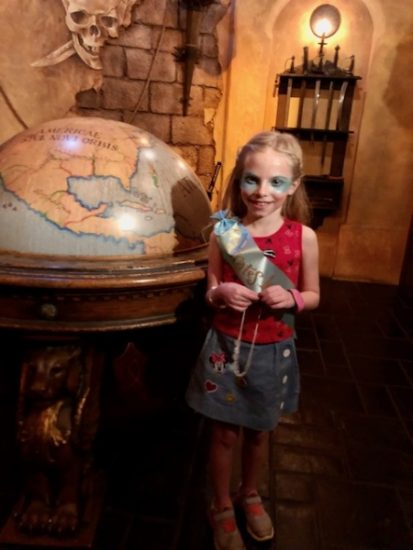 The makeover is complete with a hair clip that changes color in the sun, and a matching necklace.  Every Mermaid needs a sash too!

Cailyn then changed into her Princess dress, and we now had a complete Mermaid Princess!  Ready to go to Cinderella’s Royal Table! 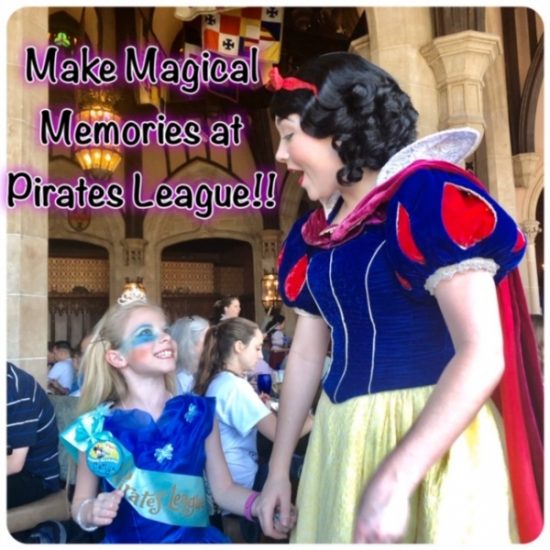 Pirates League was the perfect beginning to a perfect Birthday celebration! 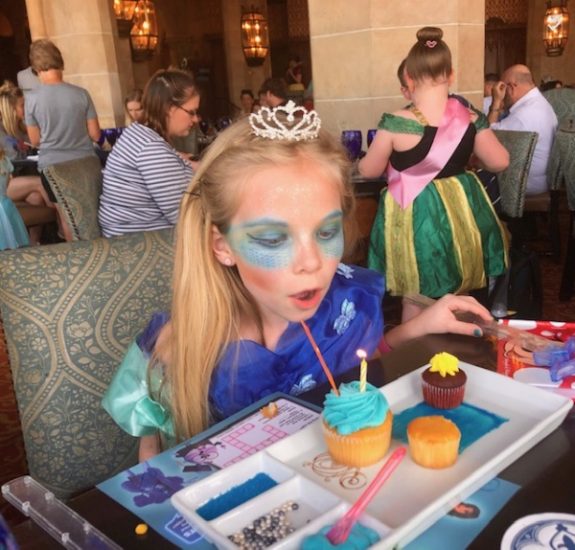 To make your magical memories at Pirates League contact me to plan your Walt Disney World vacation! https://www.themagicforless.com/about-us/meet-our-agents/laura-augenti/

I am a native New Yorker and reside there now; (after several moves, including a 5 year stint on Maui, HI). The first time I went to Walt Disney World was 1997, as a young adult; I was hooked! I went back over 40 times over the next 10 years and continued to do so! Having also visited DIsneyland and Universal; I also went on my first Disney Cruise in 2002, and became a huge advocate of DIsney Cruise Line. I have attended several on-site training programs, and am a graduate of the College of Disney Knowledge. I have been a Disney Specialist Travel Agent since 2002; planning Disney vacations for others is what I love to do. Assisting you in creating vacation memories that will last a lifetime is very rewarding! My passion for Disney stems from learning about Walt Disney, the man himself!