For a pre birthday trip in April, I met up with a good friend in Chicago.    We had a few “tourist” things we wanted to do, and Shedd Aquarium was at the top of the list.    We started researching our trip and found out we would be taking the “El” into the downtown riverfront area and your can read my blog post about the “El” here https://www.themagicforless.com/tmflblog/2013/05/getting-around-chicago-as-a-tourist/

I read some information from other travelers and we knew we wanted to get our Shedd Aquarium tickets ahead of time.     You can find different ticket options available online here http://www.sheddaquarium.org/ticketprices.html   The city pass would be a good deal if you planned on doing all those attractions.  As we were only planning the aquarium and the art institute, we decided we were better off going with single entry options.   As we wanted to see the Jelly fish exhibit, as well as the aquatic show, we were looking at Shedd Pass for $33.95 from ticketmaster plus $1.75 if we printed out own tickets.    On scrolling further though, at the very bottom I saw something called the Shedd VIP Tickets.   Looked like we needed to call on them a , but the price was a little less than the Shedd Pass and included what we want to see!  Bonus!   ($31, the price has now gone up to $34, which would still be less than paying the ticketmaster fee).

Upon arriving at Shedd Aquarium there was a long, long, long, line (did I mention the line was long?), I would estimate about 6 city blocks.    And that line was for people that needed to buy their tickets.   We cut through the line and headed up to the will call area.  Now our tickets were actually not AT will call as we had these VIP tickets we had to go into a guest services office to the right of the door we entered.    So we had our tickets in hand and were ready to explore.  It appeared to me that the “general admission” ticket covered the exhibits on the main floor (and for $8 a person, it was definately worth the price).  Below is a Sunflower Sea Star 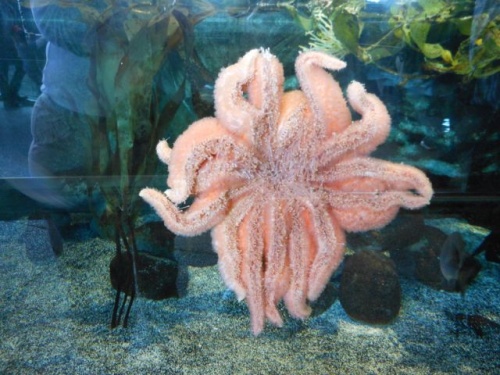 The Shedd Pass and VIP tickets also included the Abbott Oceanarium, Polar Play Zone, Wild Reef and Jellies.   There were a few more options you could add on such as a stingray touch, and a 4D experience.    The additional exhibits appeared to be down one level, so after getting ourselves somewhat oriented, and checking out a few things,  we headed down to find the Jellies.  Wow, this was one incredible exhibit.  I could have sat for hours watching these amazing creatures. 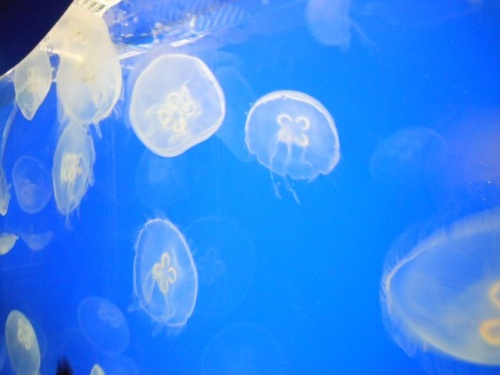 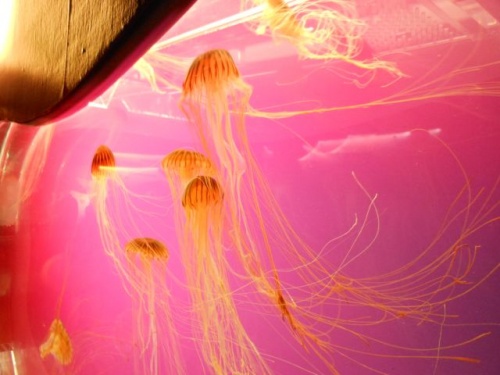 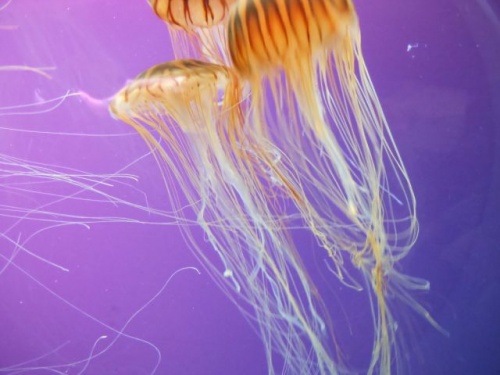 Also on my priority list was seeing the Sea Otters, as well as the Aquatic show, which has dolphins that moved from my “home” zoo.     Unfortunately, as we were standing in line to get some lunch (all the food lines were long, if you have little ones, bring some snacks with), we were informed the electricity had gone out, and we needed to evacuate.   What?   We were not even close to being done!    So we shuffled out with all the other people, and had a seat over near the field museum to keep an eye on things.    The traffic was horrendous, I am not sure if the Planetarium had a power outage as well, or if it was just from all the cars in the parking lot from the aquarium, but it was very slow moving.

We were able to get our tickets replaced however and are hoping to return this summer with our families.