Universal Creating First-Ever Experience that Will Allow Guests to Actually Ride The Hogwart Express, TheIconic Train Between London and Hogsmeade – Just Like in the Books and Films 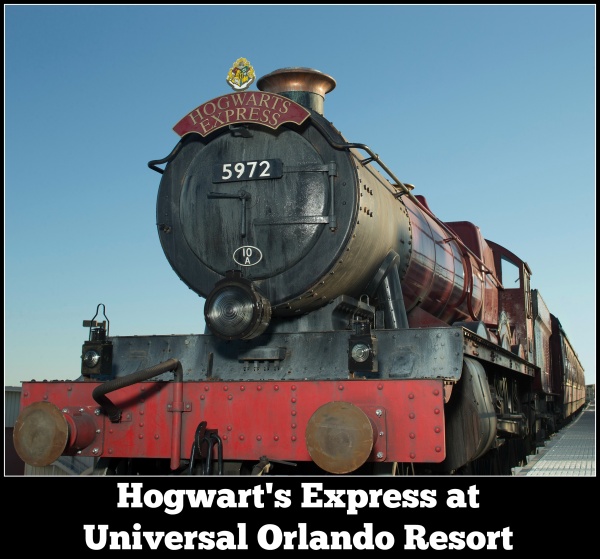 One of the most memorable and exciting experiences from the Harry Potter series will come to life at Universal Orlando Resort this summer. Imagine:

Since the very first Harry Potter film, every fan has dreamed of taking the same classic journey Harry Potter did aboard the Hogwarts Express. And this summer – they will get to live it.

Universal Orlando revealed never-before-released details about the Hogwarts Express experience that will debut as part of The Wizarding World of Harry Potter – Diagon Alley – the all-new, magnificently themed land opening this summer. The train will connect the new land in Universal Studios Florida with The Wizarding World of Harry Potter – Hogsmeade in Islands of Adventure – allowing guests with park-to-park admission to enjoy a real journey aboard the iconic locomotive.

Never before has this been done – creating an actual train ride experience to connect two spectacularly themed environments. The Hogwarts Express experience combines powerful storytelling, live special effects, lifelike animation and state-of-the-art technology to take riders on the journey of a lifetime.  Guests will enjoy two completely different experiences depending on whether they’re traveling to Hogsmeade or London.

Once seated in the cabin, guests will be able to look out their windows as an incredibly authentic and magical adventure unfolds before them.  They’ll see Hagrid come alongside the train on his flying motorbike, Buckbeak the Hippogriff swoop gracefully over the black lake, the Weasley twins on brooms and up to their usual antics, the Knight Bus swerving through London traffic – and other special moments and surprises.

Universal’s Creative team has been working closely with Warner Bros., Stuart Craig and the production team from the Harry Potter films to create a sensational Hogwarts Express experience that the entire family can enjoy. The Creative team has gone to great lengths to ensure the experience is true to the books and films. Everything about the train is authentic – from the paint and the materials used to build it….all the way down to the whistle. 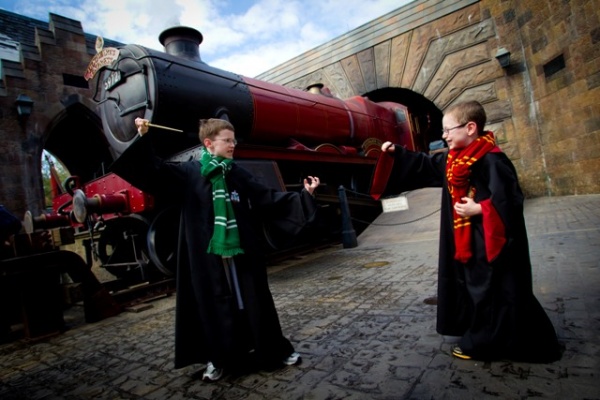 Vacation like you mean it at Universal Orlando Resort – where every heart pounding, jaw-dropping, goose-bumping second counts.  It is the only place where you can turn spending time with your family into spending time as a family.  Together, you can soar above Hogwarts with Harry Potter, swing above the streets with Spider-Man, become a Minion in the hilarious and heartwarming Despicable Me Minion Mayhem ride, and join Optimus Prime in the fight to save mankind on the new mega-attraction, TRANSFORMERS: The Ride – 3D.  And, coming this summer (July 8, 2014), you can step into The Wizarding World of Harry Potter – Diagon Alley.

Request a no-obligation quote for you Universal vacation today.