Meeting a your favorite Disney character is always an exciting and magical Disney experience for young and old alike.  Aboard the Disney Fantasy you and your family will have ample opportunities throughout your cruise to meet and greet your favorite Disney characters aboard the ship in a variety of locations as well on Disney’s amazing private island, Disney’s Castaway Cay!

These encounters are often more personalized than the in-park or character dining experiences one might have at the Walt Disney World or the Disneyland Resorts.  While organized meeting spots are abundant throughout your cruise (check your Personal Navigator delivered to your stateroom each evening for the next day’s schedule), it’s not uncommon to meet up with a Disney character randomly strolling on the deck, hanging out in common areas or even “magically appearing” in one of the lifts when the doors open on your floor!  We even saw Captain Hook chasing after Peter Pan throughout the atrium and all around Deck 3 causing quite the raucous on our Disney Fantasy cruise! 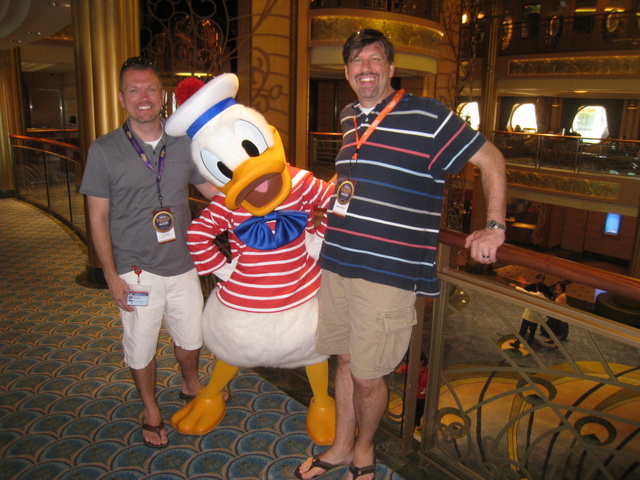 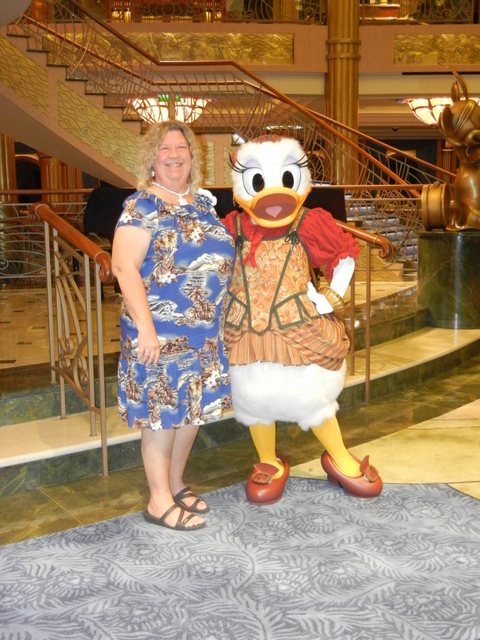 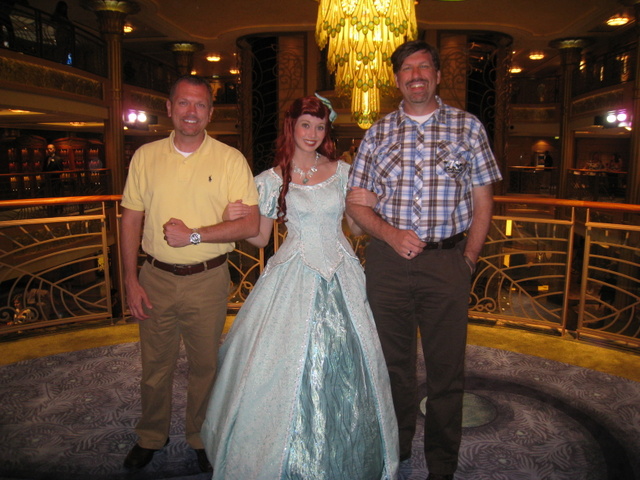 Whether it’s your desire to meet one of the beautiful and elegant Disney Princesses, to say “Yo Ho” to Captain Jack Sparrow on Pirate Night or to give a hug to Mickey Mouse himself you are sure to find your favorite Disney character on your next Cruise. 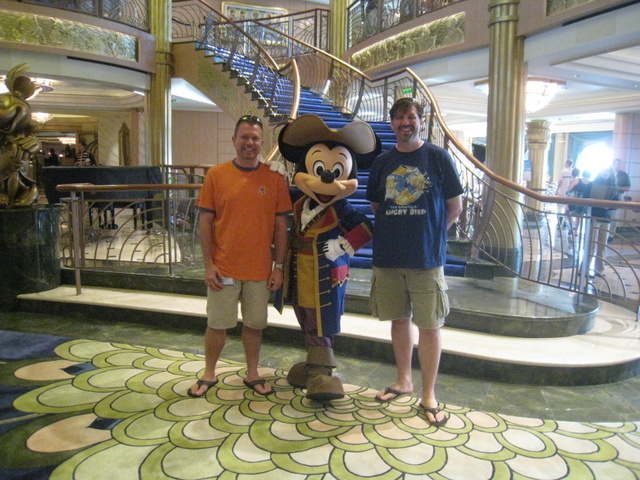 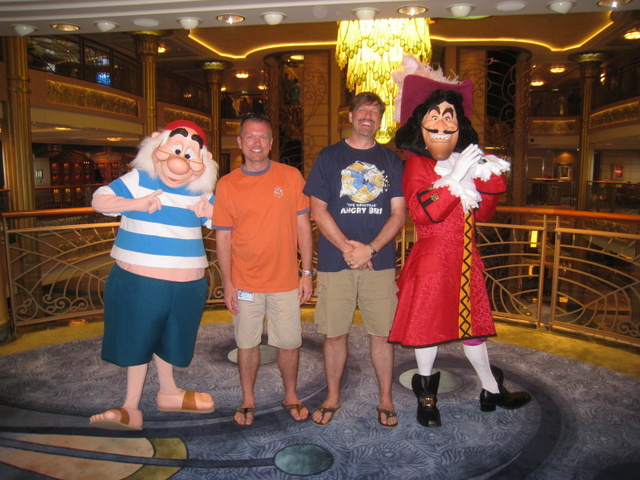 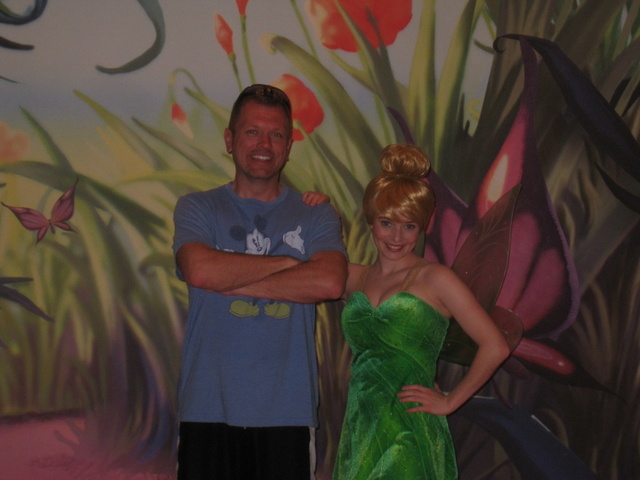 And just in case you can’t find her (and we’re sure you will have plenty of opportunities!), Minnie Mouse is always there for a photo or two as the ships iconic staute in the grand atrium! 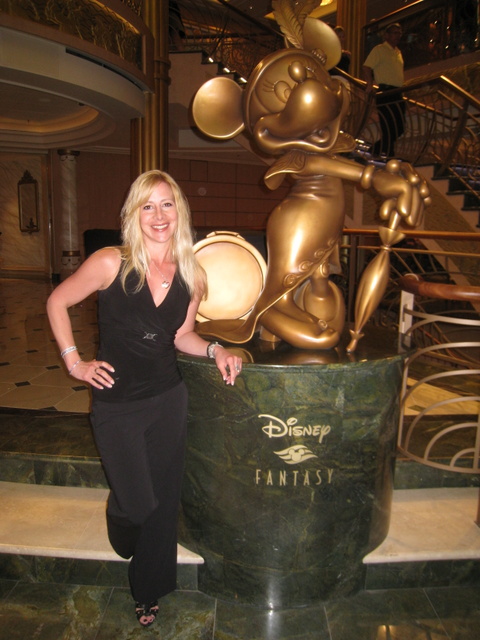 So don’t be shy on your next voyage aboard the Disney Fantasy.   Enhance your 7-night Disney Fantasy cruise experience by hanging out with all of the Disney characters you can find.  Don’t leave your camera and autograph book behind in your stateroom as you never know where or when a beloved Disney character will want join in on all the fun with you!

Be sure to say hi to Mickey from The Magic For Less Travel Team!