The Hollywood Brown Derby, designed after the famous Hollywood landmark Brown Derby, located in Disney’s Hollywood Studios, has been a popular dining choice (now a Signature restaurant) since it opened almost 30 years ago.

In 2013 a welcomed addition was added – “The Hollywood Brown Derby Lounge”.   The lounge is outdoors, with a nice size bar, plus quite a few table’s along the railing with umbrellas to keep the sun from beating down on you.  There are also high top cocktail tables along the wall. 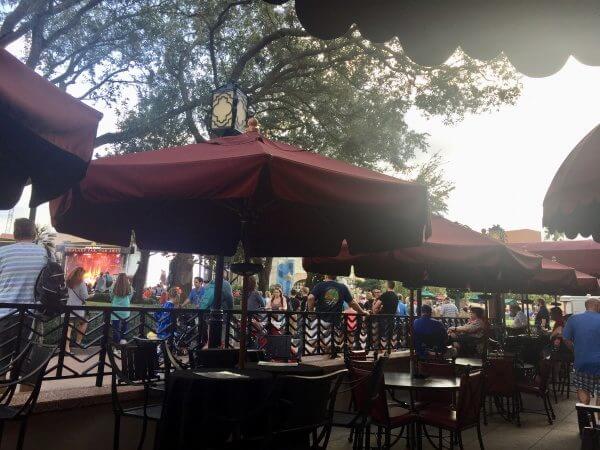 The bar is at the entrance of the lounge, where you can also walk up and order a libation to go. 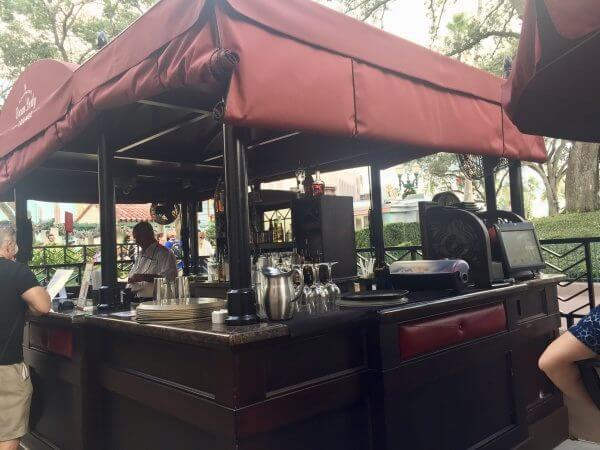 Take a break and enjoy specialty cocktails and unique appetizers.  This is a great spot to relax and the perfect spot for people watching!

I was pleasantly surprised to see the famous signature Cobb Salad was on the menu.  It’s ‘appetizer’ size, but was plenty big for lunch, a snack or even a light dinner.  It was just as delicious as you hear it is! 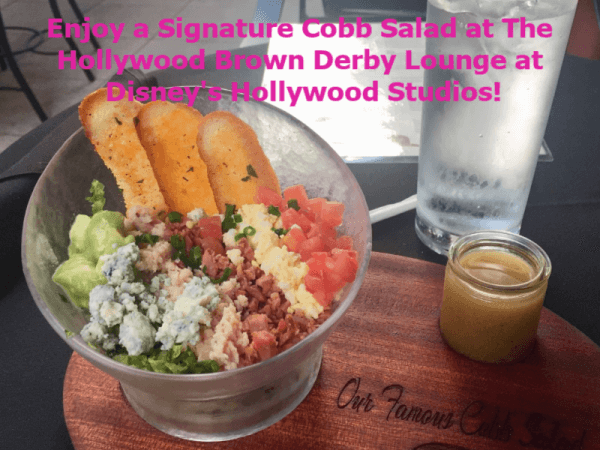 It’s a mouth watering menu, next time I want to try the Andouille-crusted Shrimp or the Derby Sliders (or maybe both!).  The dessert trio is a must also!  Savor in some famous Grapefruit Cake, maybe a piece of warm blueberry cobbler, and Cappuccino Brule’ ! 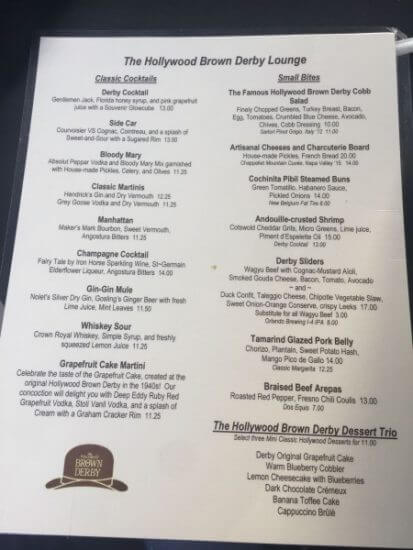 The selection of beer and wine will not disappoint, but fun part is the specialty cocktails. 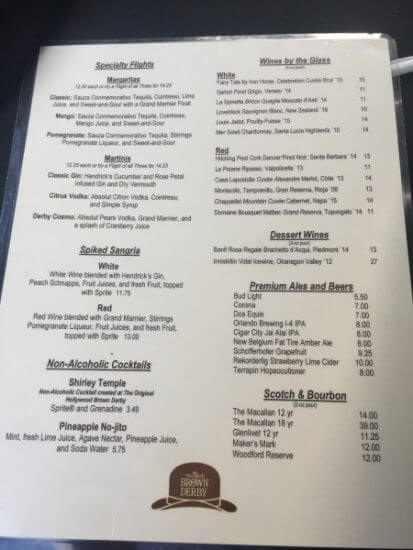 The Margarita Flight was fun and interesting, and all 3 were excellent!  ‘Classic, Mango and Pomegranate’ 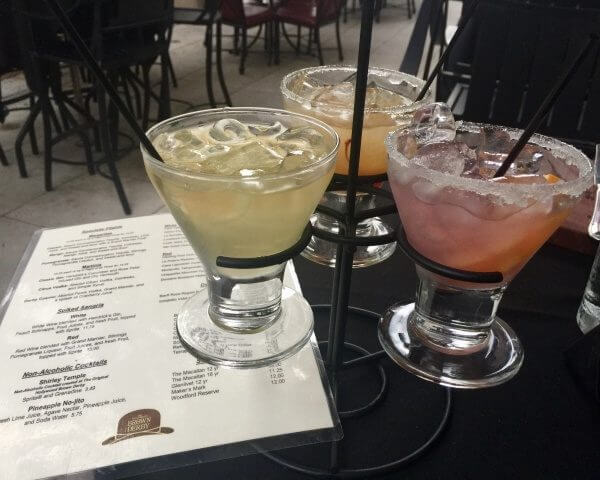 The Hollywood Brown Derby Lounge is a great alternative for those who want to experience the signature dishes of the restaurant without breaking the bank!

So take a break from running around the Parks at the Hollywood Brown Derby Lounge.  The Lounge does not take Advanced Dining Reservations, but that is what adds to it’s charm.  A lot of folks still don’t know it’s separate from the restaurant and that you can just walk up and get a table.

Contact The Magic For Less Travel to plan your visit to Walt Disney World, https://www.themagicforless.com/disney-vacations/walt-disney-world/ and don’t forget to take a break at the Hollywood Brown Derby Lounge at Disney’s Hollywood Studios https://www.themagicforless.com/disney-vacations/walt-disney-world/theme-parks/disneys-hollywood-studios/

I am a native New Yorker and reside there now; (after several moves, including a 5 year stint on Maui, HI). The first time I went to Walt Disney World was 1997, as a young adult; I was hooked! I went back over 40 times over the next 10 years and continued to do so! Having also visited DIsneyland and Universal; I also went on my first Disney Cruise in 2002, and became a huge advocate of DIsney Cruise Line. I have attended several on-site training programs, and am a graduate of the College of Disney Knowledge. I have been a Disney Specialist Travel Agent since 2002; planning Disney vacations for others is what I love to do. Assisting you in creating vacation memories that will last a lifetime is very rewarding! My passion for Disney stems from learning about Walt Disney, the man himself!