The Disney Magic embarked on its maiden voyage in July of 1988 and introduced the world to a new kind of cruise vacation where families are immersed in Disney storytelling, dazzling entertainment, and unparalleled hospitality at sea. For 25 years, Disney Cruise Line has been a porthole through which guests experience global destinations and create cherished memories onboard a one-of-a-kind fleet of enchanting ships and has  announced its Silver Anniversary at Sea

In 2023, new magic will unfold on the high seas as Disney Cruise Line celebrates its 25th anniversary, bringing special entertainment, merchandise and celebratory experiences to select summer sailings. You are invited to take part in limited-time “Silver Anniversary at Sea” offerings across all five Disney Cruise Line ships from May through September of 2023.

The “Silver Anniversary at Sea” celebration will be featured on summer cruises aboard all five Disney Cruise Line ships – the Disney Magic, Disney Wonder, Disney Dream, Disney Fantasy, and the newest ship, the Disney Wish.  Guests will encounter new entertainment, limited-time enhancements, eye-catching décor, whimsical merchandise and other delightful surprises, all imbued with the magical spirit of this once-in-a-lifetime event.

Cruises featuring the “Silver Anniversary at Sea” celebration will sail to the Bahamas, Caribbean, Europe and Alaska during the summer of 2023. 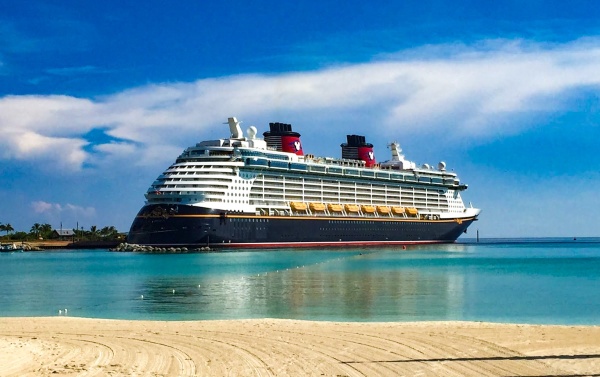 Get all the news, tips, & tricks for your next Walt Disney World vacation!

The Magic for Less Travel is currently offering up to 5% of your cruise price back as an onboard credit.  It is our gift to you for trusting The Magic for Less with your vacation planning. Use this credit to pay for spa treatments, merchandise, drinks, gratuities, shore excursions, and other onboard activities. In addition, you can advantage of The Magic for Less Travel’s complimentary concierge services and plan your next cruise with an expert.

Contact your travel planner or get a no-obligation quote from The Magic For Less Travel and get our exclusive onboard credit.