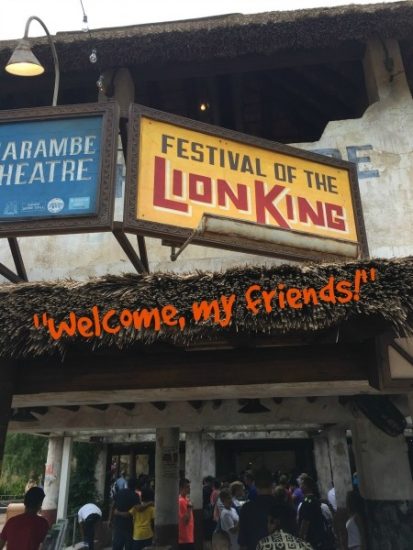 Walt Disney World has many different shows in its theme parks. The Magic Kingdom features a show that highlights the Princesses, Hollywood Studios has some amazing Star Wars themed shows,  and Epcot of course has different types of performances at many locations around World Showcase. It is the Animal Kingdom Park that has, in my opinion, the very best of all the shows in all of Walt Disney World: The Festival of the Lion King. 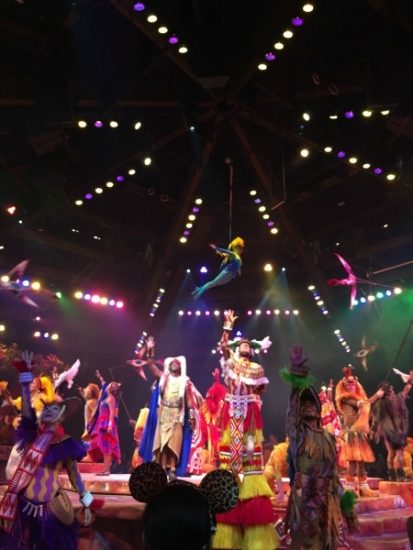 The Festival of the Lion is presented in the Harambe Theater in the Africa section of the park, and runs pretty much hourly each day. (always check the Times Guide to be sure!) It is set up as a “theater in the round”, so there really isn’t a bad seat in the house.  The theater was actually relocated from the former Camp Minnie Mickey section of the park, and was built new in 2014. 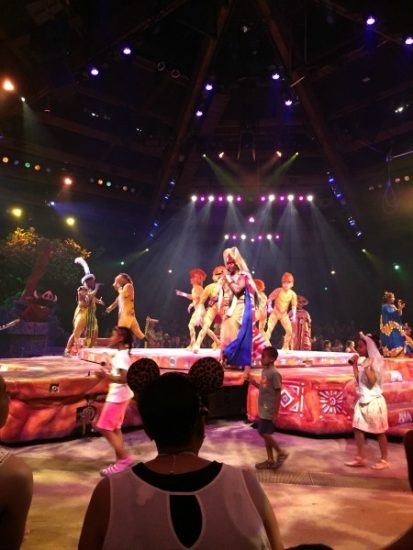 This show is unlike any other in that it features a variety of types of entertainment, all centered around the music from the Lion King animated film. The show begins with some of the entertainers coming out to “warm up” the audience by teaching everyone how to do the Hand Jive, and then to assign each section an “animal” to pay homage to the animals who are, of course, in the show. The elephant section is taught to blast their “trunks”, the lion section to “roar”, and so on. 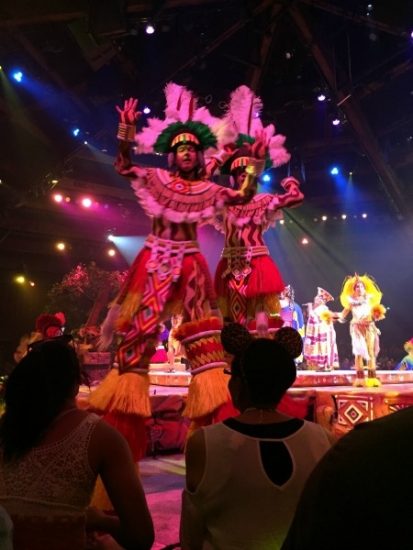 Once the “warm ups” are done, it’s time to start the show, and it begins with a procession of the Lion King characters parading into the theater on floats, though Timon is not on a float, he is a walking, talking, singing and dancing character who is also like an emcee of the celebration. The Tumble Monkeys, who are trapeze artists, start the show performing to Hakuna Matata. When the Monkeys are finished, two aerialists perform dressed as beautiful birds to Can You Feel The Love Tonight. 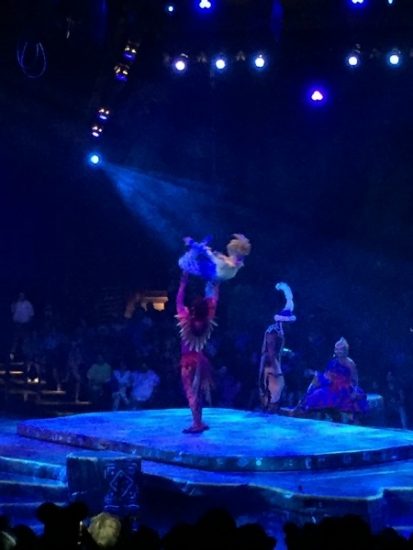 Now just when you’re thinking that this show seems awfully full of singing and dancing, just wait! Up next performing to Be Prepared is a fire dancer! The theater darkens as you watch him toss a fire wand in the air and balance it on his bare feet. You will literally be on the edge of your seat as you watch. Once the fire wands are extinguished, the characters begin the finale, and the happy music once again returns. Children in the lower rows will be invited to come out  and “join the fun” as they are given maracas to shake as they parade around the theater with the dancers and entertainers. 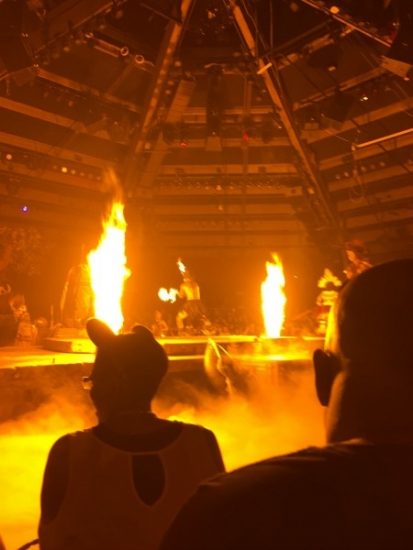 This show is really can’t miss attraction, as there is something in it for everyone in your group. Since they have multiple showings a day, it’s not hard to fit it in your touring schedule. I usually recommend visiting this show during the afternoon when the weather is at its hottest. Ready to plan your visit?  Contact The Magic For Less, and we’ll get you started on your way!