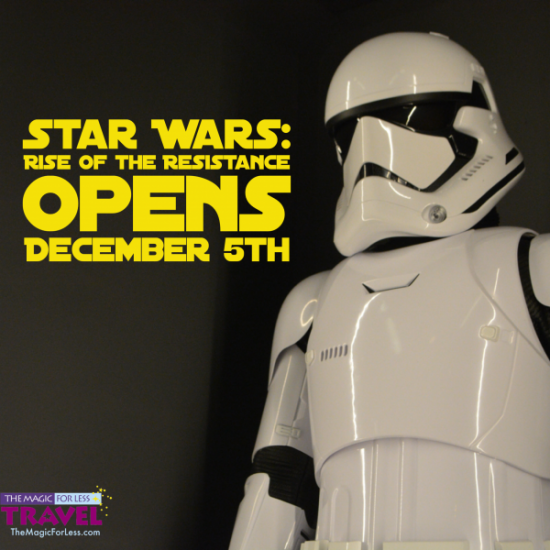 We’ve got some exciting news to share today with the galaxy, Star Wars: Rise of the Resistance Opening Date Announced for the Walt Disney World Resort for December 5th! If this date sounds familiar, many of our fans will recognize it as Walt Disney’s birthday. What better way to honor the ultimate storyteller than by introducing the most immersive and advanced attraction ever imagined in a Disney Park.

When it opens, Star Wars: Rise of the Resistance will blur the lines between fantasy and reality and will put Guests in the middle of a climactic battle between the First Order and the Resistance. Guests will be recruited to join Rey and General Organa at a secret base. Along the way, they will be captured by a First Order Star Destroyer. With the help of some heroes of the Resistance, they break out and must escape the Star Destroyer, protect the secret base, and stay one step ahead of Kylo Ren.

As soon as work is completed at Walt Disney World, Imagineers will head back to California to complete their mission at Disneyland Resort where Star Wars: Rise of the Resistance will open on Friday, January 17.

Prepare yourself for Star Wars: Galaxy’s Edge on both coasts with these guides:

Are you looking to pilot the Millennium Falcon or battle for the First Order or Resistance?  Get your no-obligation quote to plan your trip today from The Magic for Less Travel! 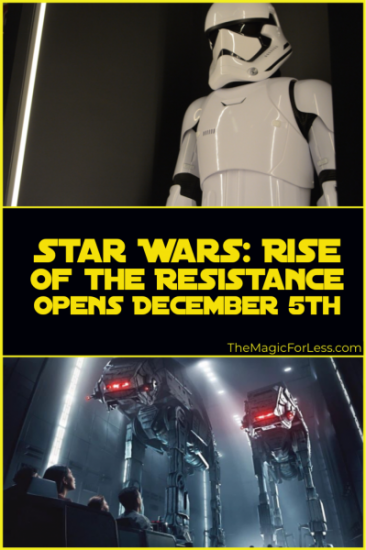