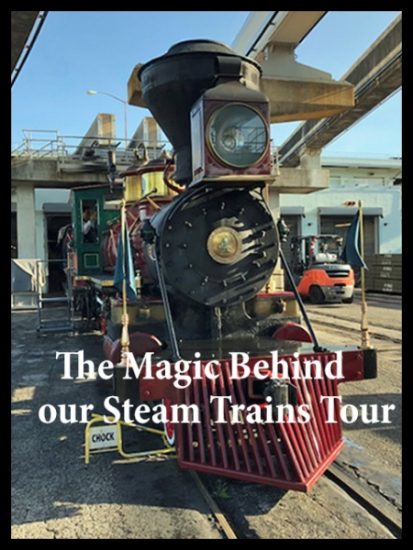 My husband and I did one of the behind the scenes tours at Walt Disney World: The Magic Behind Our Steam Trains, and it was not only informative for those of us who are intrigued by trains, but it was also fun (for those of us who maybe aren’t as excited about trains). And I would say this is a ‘must do’ for any and all Disney fans, be you a train lover or not.

We started our day meeting our tour guide, Matt, just outside the gates of the Magic Kingdom. The tour starts early, which is also a nice ‘plus’ for Disney fans, because there are not many people around. We entered the park well before park open, so it was lovely to get some photos of an empty Main Street USA. 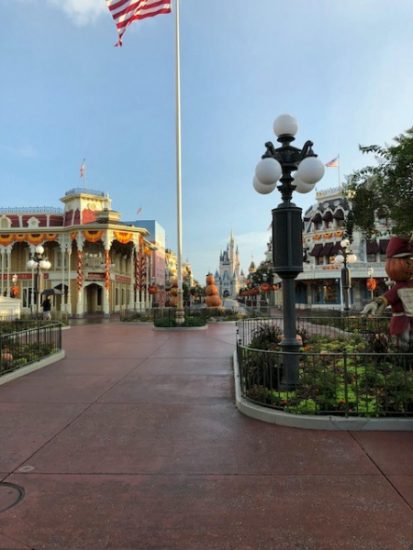 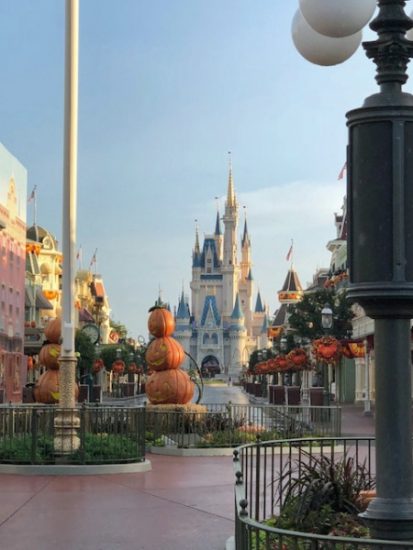 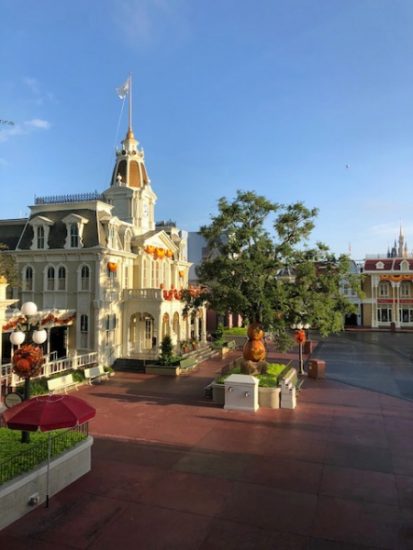 After a quick overview of what we would be doing on the tour, we boarded the Roy O. Disney steam train for a ride around the Magic Kingdom. While on the train, our guide gave us the history of the four trains that run in Walt Disney World. These trains are: Lilly Belle, Roy O. Disney, Roger E. Broggie and Walter E. Disney. In true Disney style, these trains are authentic antiques that have been restored to ride the rails around the park. They were found in an old rail yard in Mexico in 1969 and were taken to Pennsylvania for complete restoration. The Roger E. Broggie steam train is named for Walt’s head machine engineer who researched, found and restored the trains. He is considered by most Disney enthusiasts to be the first Imagineer. (There is a shop window dedicated to him in Disneyland.)

Our train took us around the Magic Kingdom and then out of the park behind the scenes to the roundhouse, where the trains are stored and repaired as needed by a team of railroad engineers. The roundhouse is not a true train roundhouse, as the tracks are not circular, but rather the trains are backed up in the facility.

While at the roundhouse, our guide gave us the details on how the trains run, how they are repaired if needed (they are checked thoroughly each day to make sure they are ready to carry guests around the park). This roundhouse is also where the monorails are kept and repaired, and we had the opportunity to be standing under one of the monorails as it left the roundhouse to start it’s day at the Magic Kingdom. It was very cool to see the monorail from the underside! 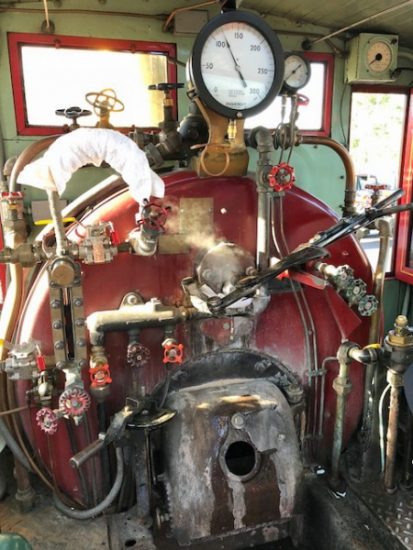 We were also taken up onto the train to see the engine works details. This was very interesting to see because as someone who knows next to nothing about trains myself, the engine is a serious matter and HOT. There is an engineer as well as a fireman at all times, the seats are small and space is limited. These men and women work on 90 minutes shifts to give themselves a break from the heat not to mention the hard work.

I am from Philadelphia and so for me personally, it was also interesting to see the medallion on the train showing that it had been originally built in 1916 in Philadelphia. 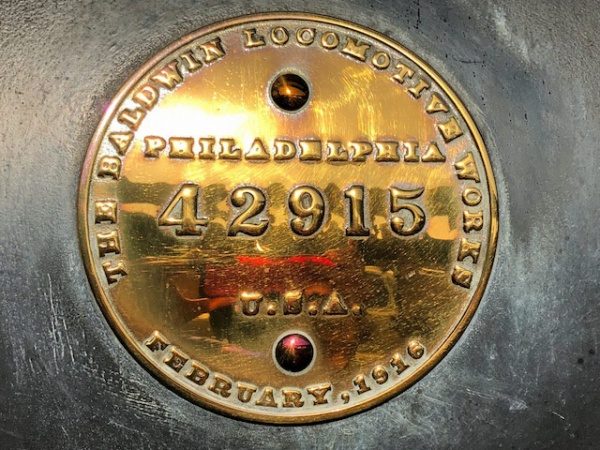 At the end of the tour, we headed back to the Main Street train station so the Roy O. Disney could start taking on park visitors. We went into the train waiting room where our guide spoke to use for about a half hour, explaining Walt’s love of trains, how he built the train that ran around his property in California, and why and how he decided to share his love of trains with park visitors.

The tour was fun, interesting and gave me an entirely new perspective on the trains I have ridden so many times, but never really considered seriously. I recommend this tour for anyone who loves the Magic Kingdom, trains, and of course Walt. The tours run early mornings, last about 3 hours and cost $54.00 per person. Your agent can help you make this tour part of your Walt Disney World vacation.

Thinking about a vacation? Give me a call! I’m happy to help and make recommendations.