Aulani, a Disney Resort and Spa

You are here: Home1 / Disney Vacation Destinations2 / Aulani, a Disney Resort and Spa 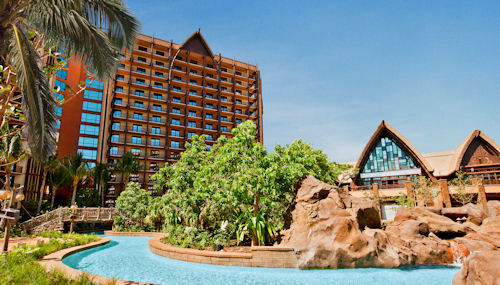 Aulani – A magical Hawaiian vacation made just for families

Aloha. Welcome to Aulani. Aulani, a Disney Resort & Spa in Ko Olina, was designed by Walt Disney Imagineers working hand in hand with Hawaiians to create a place celebrating island culture and history. Everything from the wondrous volcanic outcroppings to the breathtaking Resort architecture honors the vital connection between nature and humanity that the Hawaiians have cherished since the beginning of time. And because Hawaiians love to layer meaning in their words, so the name “Aulani” has more than one meaning. It is the place that speaks for the ancestors, yet it is also the place that speaks with profound messages.

Aulani is indeed a place where ancestral stories are told, built with the nobility, beauty, and grandeur of Paradise.

Aulani is relaxed yet regal with detailed touches of Disney magic. The white sandy beach, tropical gardens, turquoise lagoons, and sparkling waterfalls are just a few highlights of this balmy paradise. Inside the Resort, lava rock rises up through the floor of the grand lobby as dual pools of water cross the expanse: one gently flows with lilies while the other rushes wildly through. This Hawaiian philosophy of balance – bright and shadowy, brisk and slow, delicate and coarse – resonates deeply throughout the resort. It reflects not only the nature of the islands, but the spirit of its people.

Add to this the exhilarating enchantment of Disney through its family entertainment and recreation, and you’ll find a world of fun at your fingertips!

Aulani, a Disney Resort & Spa in Ko Olina, is part of the Ko Olina Resort Community & Marina, which is located on the western shore of O’ahu about 17 miles from the Honolulu International Airport in Hawai’i. Aulani rests on 21 acres of beachfront property in the Ko Olina Resort & Marina development. 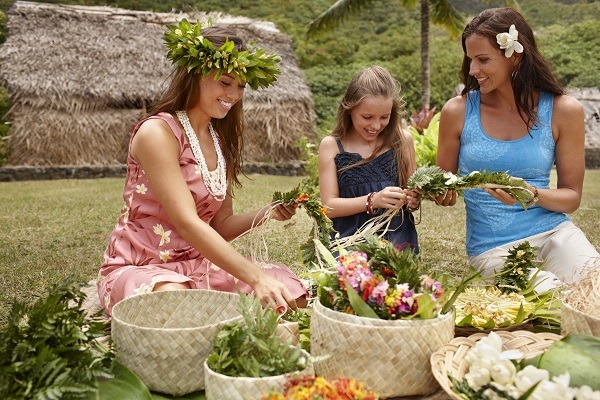 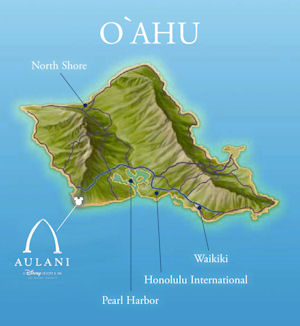 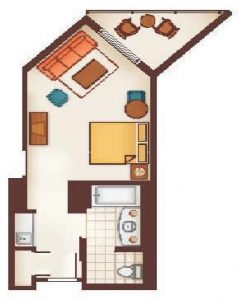 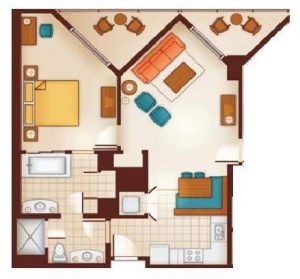 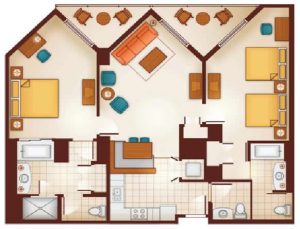 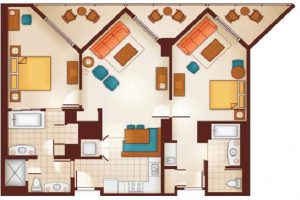 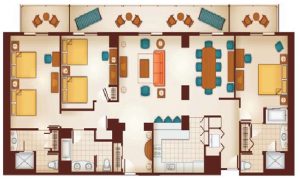 Floor plans and furnishings are subject to change. Actual room size may vary. 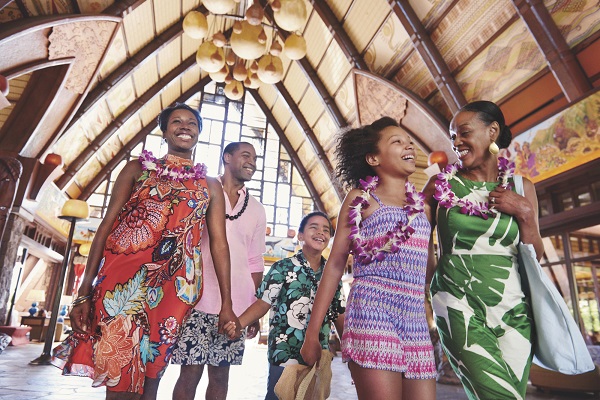 Escape to a Hawaiian paradise with Disney character—and magic—at Aulani Resort, a uniquely Disney experience in Ko Olina, Hawaiʻi. And for a limited time, take advantage of this special offer where the longer you stay, the more you save for stays from January 4 through April 8, 2022.

No matter how long you stay, you will enjoy a magical vacation that includes something for the whole family, including top-rated entertainment, stunning pools, exhilarating water slides, a relaxing lazy river—and so much more!

This is offer excludes suites and 3-Bedroom Grand Villas.

Savings based on the non-discounted price for the same room for consecutive night stays. Subject to availability as the number of rooms allocated for this offer is limited. Length of stay requirements apply, and cancellation of any nights of a stay will affect discount validity. View Important Details.

Because these cookies are strictly necessary to deliver the website, refuseing them will have impact how our site functions. You always can block or delete cookies by changing your browser settings and force blocking all cookies on this website. But this will always prompt you to accept/refuse cookies when revisiting our site.